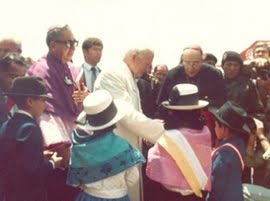 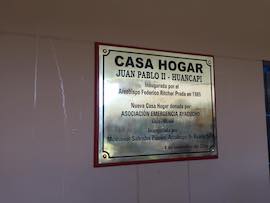 On February 3rd, 1985, Saint John Paul II visited Ayacucho in the highlands of south-central Peru, and urged leftist rebels to lay down their weapons and convert ”to the cause of reconciliation and peace.”

He told cheering crowds at the heavily guarded airport at Ayacucho:

I beg you with pain in my heart, and at the same time with firmness and hope, that you reflect over the roads you have chosen. Violence is not a means of construction.

In Peru you are presented with a task that cannot be postponed – work through non-violent means to re-establish justice in human, social, economic and political relations.